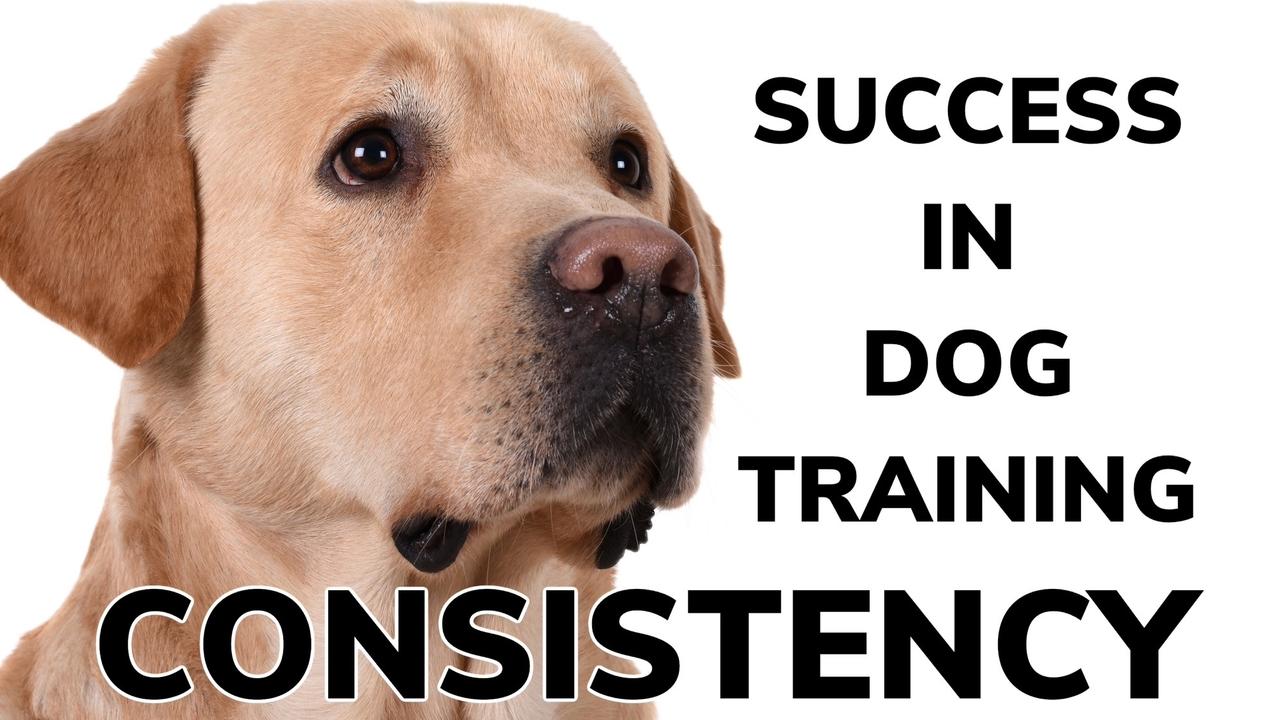 Success in Dog Training - The Most Important Element, Consistency

Success in Dog Training - The Most Important Element, Consistency

Consistency is the basis of all good dog training systems.  You will hear dog trainers repeat the mantra…

“The biggest problem is when you are consistently inconsistent.”

Why is that the biggest issue?

Being “consistently inconsistent” actually trains our dogs to misbehave and conditions them to do it at a level where it becomes harder to fix down the road.  In a way you are reinforcing unwanted behaviors and basically creating an environment where it is done randomly so the dog becomes motivated like a gambler playing the slot machine… only the reward is the “chance” to do the unwanted behavior.

Let’s look at jumping on people...

We decide tomorrow that we are not going to tolerate it.

No attention for jumping up.  Period.

The dog tries, we ignore it and the dog walks away.  That occurs for most of the day and the dog is starting to realize he is not going to get attention for jumping on you.

Later, you come home after being gone a couple hours and you let your dog out of the crate.  The happiest, most exuberant, most adorable dog jumps up and you start to ignore him... but you just can’t.

He starts licking your face, after all he missed you.  You give in and think "just this one", pet him for a second and then slowly let him down.

You just taught your dog to keep trying, don’t quit and eventually he”ll win the jackpot of attention for jumping.

Now let’s go even deeper in to this...

The same way a gambler thinks… I keep pulling the lever of the slot machine (it feels really good to do that) and I’ll win the jackpot.

Let’s look at the casino analogy a little deeper…

You enjoy going there and playing the “one armed bandit”.  The slot machine is a working definition of “random reinforcement” and being “consistently inconsistent”… the behavior gets stronger because the next pull and you ARE going to win the jackpot.

The reward is not the jackpot itself, but in the dopamine release that increases during the attempts leading up to the reward (your dog becomes an addict to literally doing the thing you are trying to stop… him jumping on you).

So be consistent.  Thats step 1 in the system I teach toward living successfully with your dog.

He handles behavior cases for both the Louisville Dog Run Association, The Arrow Fund and other local rescues and works with a number of local veterinarians.

When not working with his client’s and their dogs, researching or studying animal behavior, he is active training his own dogs.  Loving all elements of dog training, from agility to bite work, his primary focus is on certifying his Belgian Malinois, K9 Margot, in Live Find Search & Rescue and HRD with a local Fire Department Search Dog Team.  He is also a veteran, UofL grad and micro farmer.

Stay connected with news and updates!

Join our mailing list to receive the latest news and updates from our team.Don't worry, your information will not be shared.

We hate SPAM. We will never sell your information, for any reason.

All Categories elements of dog training